History of the healing effects of the sulphurous water in the Ostrozska Nova Ves Spa dates back to the middle of the 18th century, when a longer drought caused drinking water shortages and local people were looking for a source of water mainly for their cattle. On the site of the former marsh and today's spa, they built a stone well. They used the water for consumption in their homes and on that occasion they also found its healing effect.

History of the spa

In 1902 ThDr. Frantisek Botek, native to Ostrozska Nova Ves, who suffered from rheumatic pain, recalled the memory of reports of healing water. He tested the healing water in the Brno Institute where 5 to 8 mg of hydrogen sulfide was found in one liter of other minerals. This water was recognized as healing. In March 1903, the first building was commenced and on 29 June 1903 the baths were opened and the first baths were served. The first spa was a small building with a waiting room and six bath cabins.
The greatest interest in Ostrozska Nova Ves Spa was during the WW2 occupation when the Slovak were inaccessible, so all the patients went to ONV Spa. The spa was administered by the village until 1948, when nationalization came and the baths were transferred under the national administration of the district National insurance company in Uherské Hradiště. Turning for the better times came from 1964, when the baths were incorporated into the administration of the Czechoslovak State Baths - Luhačovice. In 1989 the baths were taken over by the village of Ostrozska Nova Ves, which in 1991 asked ROYAL SPA company to cooperate in building and developing spa in Ostrozska Nova Ves . 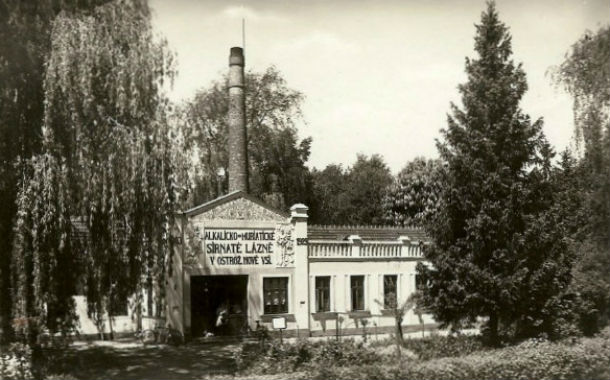 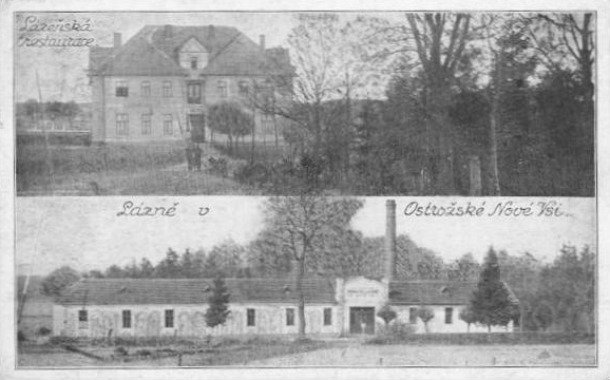 There are two mineral sulphur springs in the spas with water is rich in sulphates, silicic acid, calcium, sodium, magnesium, potassium and iron. Such mineral water is beneficial to the human body and there is long tradition in treatment of musculoskeletal system diseases and skin diseases.
BVJ 624B and BVJ 700 springs, which are the source of natural healing water for the Ostrozska Nova Ves Sulphur Baths, are located in the spa park. The spa balneotherapy service is provided by 11 baths. In 2016, an opening bathtub was replaced to the original plastic tub. All the baths with side entry (4) allowed clients to no longer use the jacks and thus increased the quality of the procedures. One bath is designed for addition baths.

In 1995 the reconstruction of the spa took the place, the balneotherapy was renovated and new guest rooms were built. Later, the spa villas Vlasta and Šárka, which closely adjoin the main spa building, underwent reconstruction. Extensive reconstruction continued with the completion of the main building, which includes a rehabilitation pool and sauna, individual exercise rooms, a fitness center, new electrotherapy facilities and a kitchen with a dining room. Also accomodation capacity rose on 70 new beds.
In 2011 a new spa colonnade with a café, shops and a dance floor for open-air concerts was opened.
The Ostrozska Nova Ves sulphur spa are situated in the region of wine and vineyards, in the heart of Moravian Slovakia, surrounded by the White Carpathians and the Chřiby Mountains. The adjoining forest park with lakes and wetlands creates a real paradise for the treatment of skin diseases (especially psoriasis), locomotory diseases and relaxation.
Source: Ostrožská Nová Ves spa